The territory of the Agoa Sanctuary extends over the entire exclusive economic zone (EEZ) of Guadeloupe, Martinique, Saint-Martin and Saint-Barthélemy.

The northernmost island of Saint-Martin is divided into two parts. Its southern part, called Sint Maarten, is Dutch, while its northern part, Saint-Martin, is French. Saint-Martin has been an overseas collectivity since July 15, 2007. Before that date, it was part of the department of Guadeloupe. It is part of the European Union under its status of outermost region. The island has a nature reserve created in 1998 in the form of a 30 km2 marine protected area located in the northeast.
The EEZ of Saint-Martin covers 1,000 km2.

The island of Saint- Barthélemy is also an overseas collectivity since July 15, 2007 but is not part of the European Union because it is an overseas country and territory (OCT). Like the island of Saint-Martin, it used to be part of the department of Guadeloupe. The natural environment is an asset for the development of the island and a national nature reserve was created in 1996.
The EEZ of Saint-Barthélemy covers 4,000 km2.

On site, the Sanctuary works in collaboration with the Territorial Environment Agency of Saint-Barthélemy, which intervenes in the field to preserve wildlife.

Guadeloupe is an archipelago made up of 7 islands, the two largest of which being Grande-Terre and Basse-Terre, followed by the island of Marie-Galante, the archipelago of Saintes and Désirade. It is an overseas department and region whose EEZ covers 86,000 km2.

On site, the Sanctuary works with the State services and the Guadeloupe National Park (GNP). GNP is also recognized as a protected area under the SPAW protocol. Its adjacent marine area covers 1,350 km2 mainly in the northwest of Basse-Terre.

The southernmost island, Martinique, is a French department and island region administered under a single territorial authority. Since 2017, it has had a Marine Natural Park managed by the French Biodiversity Agency (OFB).  Its EEZ covers 47,000km2.

The Agoa Sanctuary agents and the Marine Natural Park agents work together on a daily basis to preserve Martinique's marine biodiversity, but also with the State services and the other OFB services present on site. 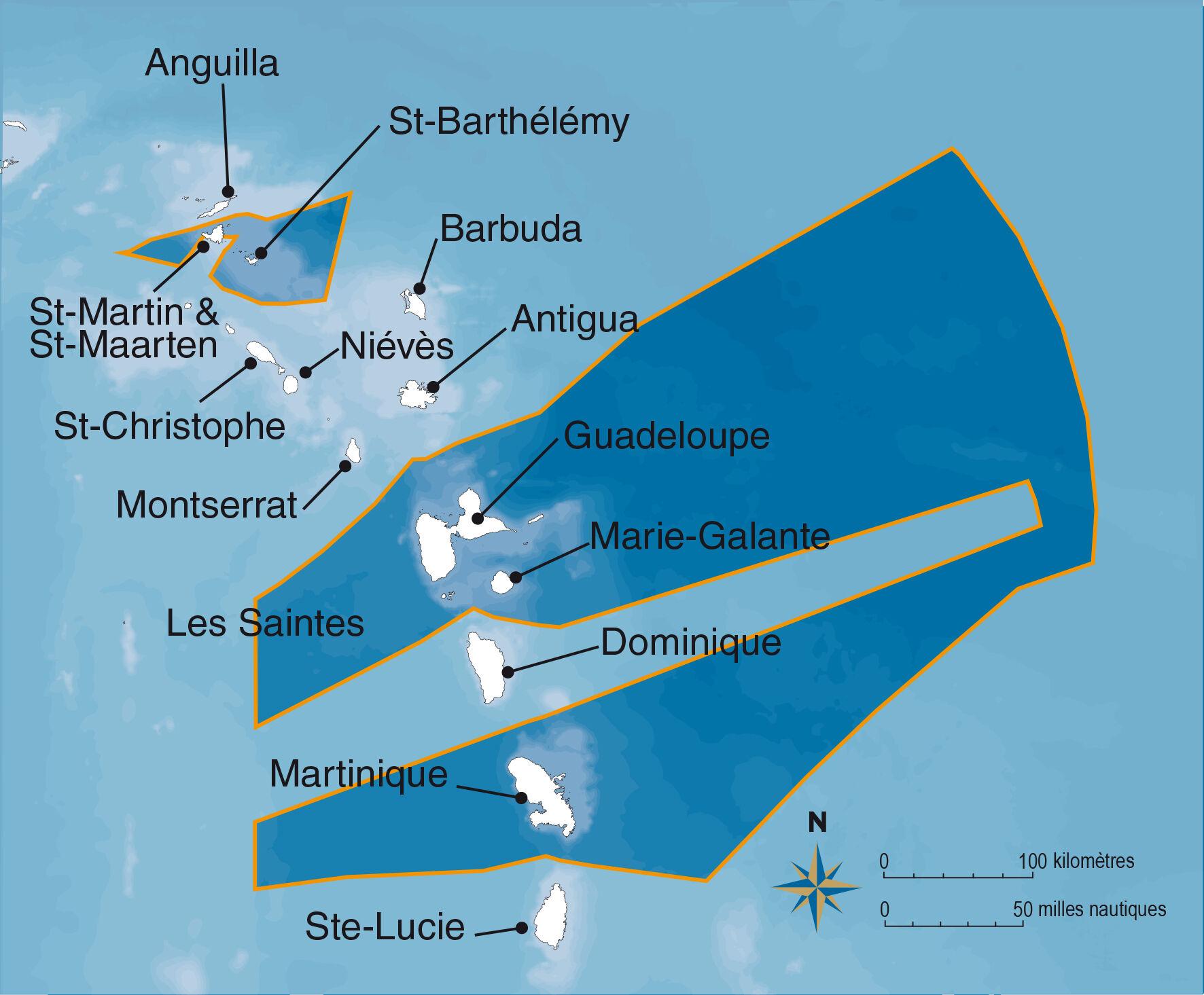