One of the objectives of the Agoa Sanctuary team is to improve knowledge on the marine occurring in Caribbean waters. Data collection campaigns at sea allow us to gather essential information on their distribution and abundance and to understand the human threats faced by cetaceans in our region. Eventually, the data collected will help us define indicators for the ecological status of the environment.

Several observation campaigns were conducted within the Sanctuary between 2012 and 2014. Unlike airborne observation campaigns, such as REMMOA, which allow for rapid coverage of large distances, the logistics of boat missions generally restrict the study area to several dozen nautical miles around the islands. However, they have confirmed the large number of species present, but also highlighted a specific richness according to the islands, and areas of marked presence for some species.

From 2021 onwards, new boat-based observation campaigns will be carried out within the framework of the CARI'MAM international collaboration project, allowing the study area to be extended outside the French exclusive economic zone and to welcome local specialists on board. The Sanctuary has the ambition to repeat these campaigns at regular intervals in order to refine the knowledge on the distribution and abundance of animals, but also to monitor the evolution of cetacean populations over time. The results obtained will be used to identify the most vulnerable populations and key areas, and then to set up the operational monitoring of the species over the long term. Ultimately, this will allow the Agoa Sanctuary to take the most appropriate conservation management measures. 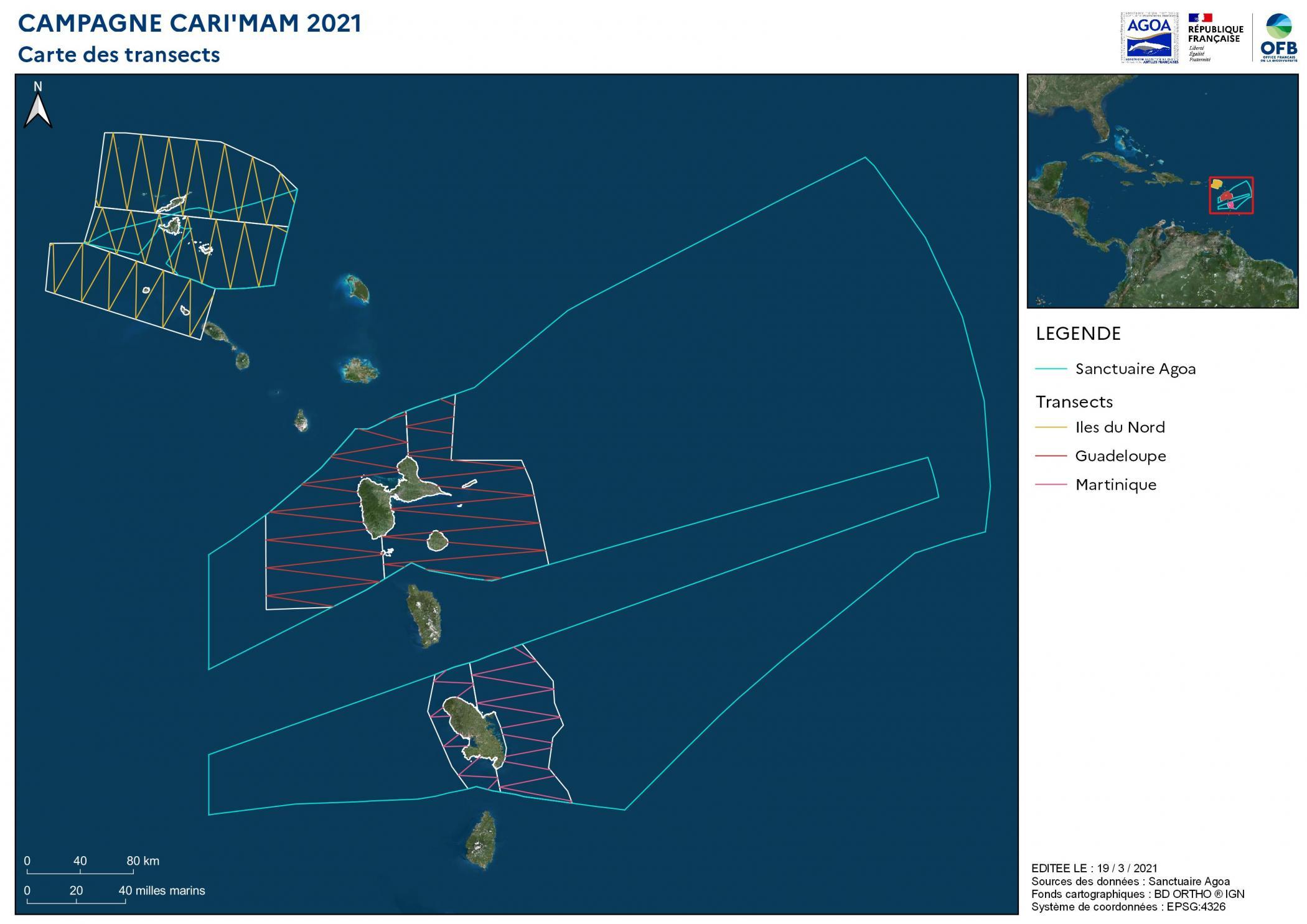 This methodology is widely used in ecology. It consists in following a predefined route composed of several straight lines (transects) at a constant speed and with a constant observation effort. The visual and acoustic observations made along this route are recorded on survey sheets or on the OBSenMER application. Cetaceans encountered are listed, as well as birds, fish and turtles. Some environmental variables are also recorded, such as macro-waste or the types of boats encountered.

By maintaining a constant observation effort combined with regular underwater listening and photo-identification, the line transect method allows to distinguish species and to evaluate their abundance, to estimate their distribution and to identify their preferential habitats, but also to evaluate the impact of some human activities on the populations.